One of the world's most famous, prestigious and prolific wine regions.

Bordeaux, in the southwest of France, needs little introduction as one of the world's most famous, prestigious and prolific wine regions. Its three trump cards are diversity, quality and quantity.

The majority of Bordeaux wines (nearly 90 percent of production volume) are the dry, medium- and full-bodied red Bordeaux Blends that established its reputation. The finest (and most expensive) of these come from the great châteaux of the Haut-Médoc and the Right Bank appellations Saint-Émilion and Pomerol. The legendary reds are complemented by high-quality white wines, both dry styles (particularly from Pessac-Léognan) and the sweet, botrytized nectars of Sauternes.

While Bordeaux is well regarded for wines produced within specific areas, many of its wines fall under other, far less ambitious appellations. These include AOC Bordeaux, Bordeaux Supérieur and the sparkling-specific Crémant de Bordeaux. The Bordeaux Rouge appellation accounts for more than one-third of all production.

The official Bordeaux viticultural region stretches for 80 miles (130km) inland from the Atlantic coast. It is home to more than 10,000 producers who turn out a vast quantity of wine each vintage. Total production in 2016, according to official figures, was 577.2 million liters.

This output ranges from inexpensive everyday wines through to some of the world's most expensive and prestigious labels. Bottles of dry red wine produced under the region's generic Bordeaux appellation can be bought for just a few dollars. Those from the top châteaux are regularly traded for several thousand dollars. Auction figures and retail prices do not always conform with Bordeaux's distinct and historically significant classification system, which has remained largely unchanged since the middle of the 19th Century.

Bordeaux's climate is moderated by its proximity to the Atlantic Ocean and the presence of the various rivers (the Dordogne, the Garonne and the Gironde Estuary into which they flow). The region takes its name (which translates roughly as "next to the waters") from the port city of Bordeaux, which serves as its logistical and administrative center. The vast expanse of pine forest to the south (La Foret des Landes) protects Bordeaux from strong, salt-bearing winds coming off the Atlantic Ocean, although there is a risk of still winter air getting trapped and bringing frost to the Bordelais vineyards.

With a latitude (45°N) exactly halfway between the equator and the North Pole, summer daytime temperatures hover around 77F (25C), and rarely rise above 86F (30C), while winter temperatures only occasionally dip below freezing. The Médoc peninsula feels the maritime influence particularly strongly; local winemakers talk of the gentle breezes and light clouds that take the edge off even the hottest summer days.

The region's long, relatively warm summers are ideal for growing late-ripening grape varieties. That is not to say that cool, wet weather in spring and autumn is not a concern here. A fundamental reason that most Bordeaux reds are made from a blend of Merlot and Cabernet Sauvignon is that these two varieties bud, flower and ripen at different times and rates, which spreads the risk posed by poor weather conditions at flowering or harvest. In years when the autumn is wet, the Cabernet Sauvignon harvest suffers from rot and dilution, but the earlier-ripening Merlot provides a back-up. When the spring is wet, the Merlot flowers poorly, leaving the Cabernet Sauvignon to take up the responsibility of providing a good harvest.

Merlot is the most planted red wine grape in the vineyards of Bordeaux, accounting for around 65 percent of all vines, followed by Cabernet Sauvignon at 23 percent, and then Cabernet Franc at 10 percent. Petit Verdot, Malbec and Carmenère are also permitted, but only make up around two percent of the red grape total. These three are grapes which have been largely abandoned (the latter almonst entirely) since the 19th Century, as they failed to ripen reliably, though Malbec has a continued role in Saint-Émilion in single-digit percentages as a color enhancer. Climate change and success achieved elesewhere may yet lead to a partial comeback for one or more of them.

Bordeaux's white wines are generally blends of Semillon (49 percent of plantings) Sauvignon Blanc, (43 percent) and, less often, Muscadelle (6 percent). A little Sauvignon Gris, the only other permitted white variety, is also cultivated. Sauvignon Blanc has seen some uplift in recent years given the success of varietal wines from New Zealand and other regions.

Few regions can rival Bordeaux in terms of its impact on the wine world. The contenders include Burgundy, Champagne, Rioja, Chianti and Napa Valley. 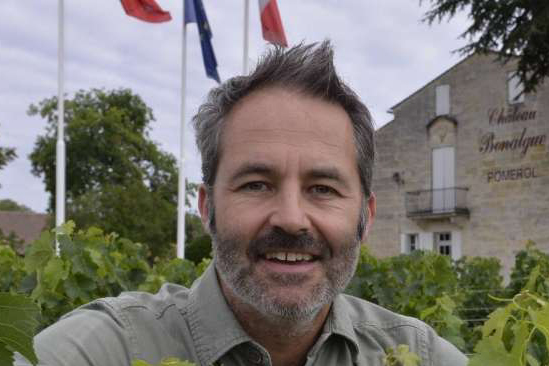 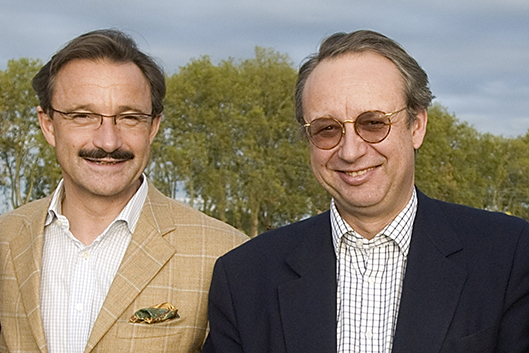