Bernard O’Phelan (1770-1841), a young Irish wine merchant, left his native town of Tipperary at the end of the 18th century to set himself up in Bordeaux. In 1805, he acquired Clos de Garramey, situated in Saint-Estèphe, then in 1810 Ségur de Cabanac estate. On the death of Bernard this vast estate was passed on to his son Frank (1820- 1883). He consecrated his life to improving still further the fame and quality of the property’s wines. At the beginning of the 20th century, Château Ségur de Garramey took on its modern name of Château Phelan Ségur. And in 1985, the Gardinier family became guardians of Chateau Phelan-Segur heritage. Thierry Gardinier, eldest of Xavier’s three sons, personally took over the reins at the vineyard, supported by his brothers. Created in 1986, “Frank Phélan” is the second wine of the Château.

“Frank Phélan” comes from 15 hectares of old vines and a selection of vines of less than ten years. The Médoc is characterised by the mild temperate maritime climate. The vines are close to the estuary: this situation protects them from hard winters and summers that are sometimes very hot. The complexity of the terroir of Saint-Estèphe is made up of a thick layer of gravel, pebbles and above all the gravels coated with clay sands. Some rows are ploughed, and others left with grass, which allows for less leaching and better control of vigour. The manuring of the soil is usually organic in order to preserve the biodiversity.

The grapes are harvested manually and sorted. The final selection is made by optical sorting. Fermentation takes place over a dozen days, with regular pumping over, rack-and-returns and punching down. Maceration take over twenty days. After pressing, the wines are “casked” in barrels and begin their malolactic fermentation. The long task of blending begins at the end of winter. At this stage the selection is made with the invaluable assistance of Michel Rolland. Some batches are chosen to go into the blend for the Grand Vin of Château Phélan Ségur, while others are destined for the second wine Frank Phélan.

Frank Phélan associates indulgent fruit (blackcurrants and blackberries), intense and compelling, with an elegant structure of silky tannins. The palate is supple and polished, yet with a fine although deeply-buried grip and backbone. It remains lifted and fresh, with a delicate structure, a round and creamy expression. Its roundness and suppleness allow it to be enjoyed from a young age. 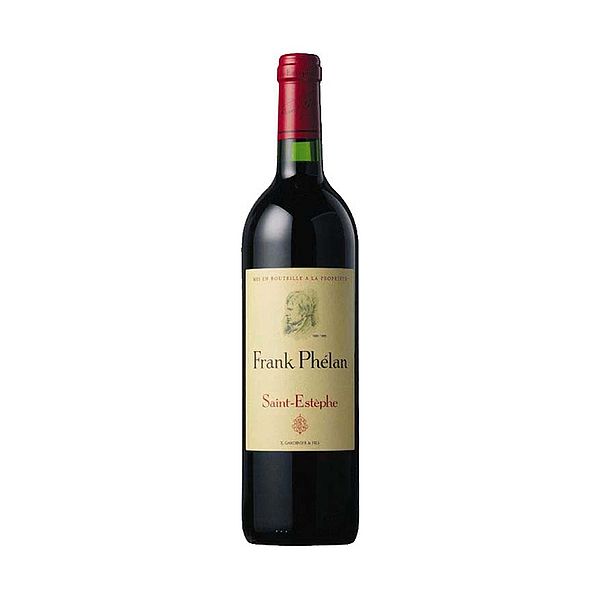